oh, and thanks Titan Industries 😉 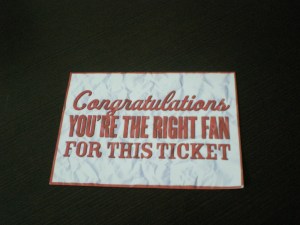 There was this boy, who grew up in Virugambakkam – a suburb which isnt quite driving distance from Dublin, Ireland – home to 4 punks, who will end up entertaining him like nobody or nothing else.
Cut to the early 90s and the boy catches this music video, where the 4 punks are playing on top of a building, in the middle of a crowded street. That kinda does it. Boy pciks up ‘Joshua Tree’, swears that is the best album ever, pledges life-time allegience to the band and includes their concert into his ‘bucket list’. Like most things on that list, he never really expects it to happen (though he fancied his chances on “No:4 – sleeping with cindy crawford”).
Cut to the later 90s and the band comes up with ‘Zooropa’ and ‘Pop’, arguably two of the worst albums of the time and definitely their crappiest pieces of work (I mean, ‘discotheque’? really???). A ‘duh’ feeling creeps in and suddenly the boy doesnt think much of the band anymore.
Out of the fuckin blue, in year 2000, band comes up with a supernatural album called ‘All that you can’t leave behind’ and (in Bono’s words) ‘re-applies for the job of the best band in the World’. And how! They go straight back to his bucket list and right on top! (the encumbent no:1 is ‘checked’ when Roger waters decides to visit Bengaluru)
Years later, one fine day in July 2009, he decides to blow away his entire bank balance on a trip to Paris. No points for guessing who is playing there at that time! All plans are made and he is waiting with bated breath. 48 hours before take off, in a manner only he is capable of, he damages his passport. That ugly ‘blue and gold’ booklet that has seen him around the globe for more than 9 years has decided to call it a day. Just like that!
Cut to the next week and he finds himself in the middle of a human ocean on the day of the concert. Only, its not the “Stade de France”, but something similar nevertheless – Shastri Bhavan on Haddows road. The place where thousands of fans come together annually, to impress Mr. Mohammed – the chief passport officer, who holds the key to their international future. This is the “Great Indian Passport Trick”, which includes:
Why is our man here? He finds out that his band is playing again, in a few days in Amsterdam. Now if he applies that day, he could get his new passport soon (provided he kisses a few asses (well!) and scores with the ‘wont do it again’ face), get his visa stamped sooner, take a cheap flight to Paris, take a REALLY expensive train to amsterdam, make it on time and hope that the hotel guys have kept his ticket safely. Phew!
Did it happen? Not quite the same way, but yes! Was it worth it? fuck yeah!
Ladies & gentlemen, U2!

No: 1 – See a U2 concert before kicking the bucket. Check! 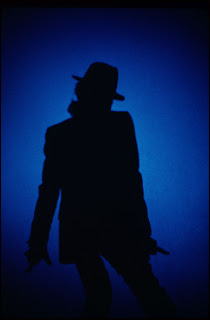 His, was the first tape I ever bought, when I was 10. I was walking around outside my Mom’s office, looking at peddlers and was intrigued by a cassette cover with the word ‘Bad’ on it and the picture of a man with a funny hat.
His ‘Thriller’ was, is and will always be the best album I will ever lay my hands on
He redefined the phrase ‘music video’.
He will always be the most under-rated song writer. He once told Larry king in a show forty years ago, when he was a kid in Jackson 5 -“wont sing it if I dont mean it”.
He was only pop. But probably the only pop ‘name’ that has been/is/will be cool to ‘drop’, be it at a rock gig in Wembley, or on the jazzy Bourbon street in New Orleans, or a hip hop basement in NY. Oh screw it! He was even cool in Thiruvaiyyaru and Shanti Niketan!
He did not re-define ‘pop’ culture. He WAS the pop culture.
And I was looking at the July tickets last night…

Like Loading...
10. The ‘double decker idli’ – a rage at Mylapore fine arts! they actually cook two idlis fused in the middle with chutney!! (am waiting for Stem cell idlis next!)
9. Kanimozhi sitting in the last row of rickety chairs, listening to a Sudha Ragunathan gig
8. The 12B bus that would announce its presence promptly at 8:30 PM everyday, with a blaring electronic horn that was louder than……everything!
7. The horn on that particular night, which blended so well with a ‘thodi’ flourish of T.M.Krishna, that he had to pause momentarily to chuckle
6. The emergence of T.M.Krishna as the undisputed superstar of the season.
5. The new pocket-sized ready reckoner on krithis and their ragas, which was the most read book in all of Mylapore in December and January
4. T.N. Seshagopalan’s Tamil diction that made proper Tamil ‘keerthanai’s sound like chaste Hebrew
3. The ‘sometimes cocky’, but ‘perennialy indecisive’ mylapore fan, who could not make up his mind on ‘exit’ strategies and invariably would get up to leave in the middle of a rocking ‘thaniyavardhanam’, as though it was channel music!
2. Akkarai Shubalakshmi, who dominated on the violin so much that lead performers were reduced to ‘support vocalists’!
1. Aruna sairam, who continues to belittle U2 in concert showmanship!!

Strangely enough, of all the videos ever made on this song, this one works best 😉 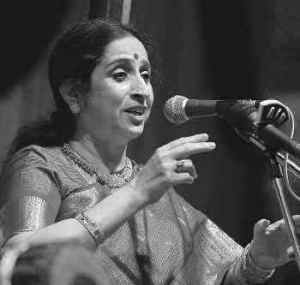 Springsteen, Mercury, Henley, Bono, Bocelli, Sivamani….theres a reason why these guys sound better live than on a CD. They soak in the energy of a live audience and get high on it, which brings out the best in them. Aruna Sairam has got to be right on top of this list. The way she can hypnotise the audience for hours together into a state of trance, is to be lived through to be believed.

It was the ‘navarathiri’ celebrations of the Mylapore Ramakrishna Home – Dad’s Alma Mater and I had been waiting all afternoon for the concert. Lucky to get a seat in the overflowing hall, I was initially disappointed that ‘Ghatam Karthik’ was not part of the ensemble. But as it turned out, it was just a detail and over the next 2.5 hours, I was served everything I had waited for and then more – a Sahana oozing ‘vandhanamu’, a soul stirring ‘Jaago’ and a Bengali number that had half the auditorium swaying. She even did a ‘Freddie Mercury’, by making the the kids in the front row singalong ‘maadu meikkum’.

The woman really is a rock star! Hers is probably the only kacheri, where you wont find ‘rasikas’ browsing through the ‘raaga digest’ to figure out what raagam the krithi is in. They are usually busy head banging! Seriously…

coming to think of it, the one and only concert on my ‘bucket list’!

….and just when you thought it was a lazy saturday morning, a song comes along, 10 years since you heard it last….and brings along so much…Cat Stevens.