(Written for Futuron. Original post can be found here)

See, I am not an Old Spice guy. Its not that I don’t like that brand or their commercials. As a matter of fact, I believe that the Carmina Burana jingle is the most iconic TV commercial ever and I have always been a big fan of their marketing history – right up to the latest ‘Old Spice Man’ campaign, that took social media by storm. It is just that I am unlikely to use that brand. And that is mostly because I grew up watching my dad use it and because of that, it never fit into the ‘ten cool brands I would use when I am old enough’ list, even though I love my dad to death. Blame it on the ‘non-conformist’ college kid that was me. 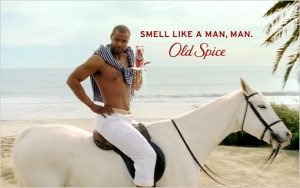 Some things just do not fit into a person’s imagery for ‘coolness’ or ‘things they would like to be seen using’ – be it aftershave, gadgets, cars or Social Networks. Which brings me to the question of Facebook. Even as back as 2006, when FB had just become available to users outside universities, social networking was still a big thing. Brands were investing heavily on the ‘MySpace’s of the World, users were posting every scrap of information about them on networks like Orkut and just like now, social media gurus opined about how they were in the middle of a big, fat media revolution. Check out this story from five years back, where the author talks about the top five success stories for Brands on Myspace. Nike Soccer is being appreciated for garnering all of 43000 ‘friends’. Everybody had it figured out – especially Mr. Rupert Murdoch, who thought it was worth the $550 Million bet.

What happened in the 3 years post that is not something that media moghuls or social gurus could forecast. The user just found another network that caught his / her fancy and moved on. And how! 500 Million people moved in about 4 years. Why? We don’t see that kind of exodus in any other category. A soap or a beer brand doesn’t lose half a billion customers in 4 years. But that is because they are real products. In comparison, a social network is merely a stage. One that needs to be cool enough for a person to stand on and express oneself to their Worlds.  But that ‘coolness’ comes with an expiry date. As any designer will tell you, ‘fashionable’ and ‘forever’ don’t belong in the same sentence. Orkut and MySpace did not do anything glaringly wrong. They just went out of fashion.

In a few years from now, it is quite likely that there will be children whose parents met on Facebook. When they grow up, those children are most likely to react to FB like I react to Old Spice. Where does that leave the brands that are investing millions into their FB strategy today? How soon will they have to change course? My guess is ‘not anytime soon’. Because while it is easier to displace 30 Million from a stage,500 Million will take some doing. But it is a possibility nevertheless and if one were to go by the reaction of users to Google plus, it might be sooner than we think.

And when the exodus does happen, the brands that will be hurt the most are the ones that just concentrated too much on the numbers. The 1 Million fans that you acquired at Rupees 15 a piece will not give a rat’s behind when they move to the new network. But the fans you Earned will want to find you in their new platform as well, because they had a swell time with you on Facebook. And for all you know, that new platform might turn out to have 2 Billion users eventually! This is why it is important for marketers to ensure that their campaigns are inherently ‘social’ and not just ‘facebook’ or ‘Twitter’; And that they have a distinct social media identity and a value proposition for their community; And that the fans feel that their passion for the brand has been kept flaming and that they dint just get fed FB updates and contests.

That way, their brands will remain untouched by the ‘fashion’ cycles. After all, like they say, the ROI of social media is that your brand will exist in 5 years!